For the latest information about the City of PAE’s response to the COVID-19 situation please visit this page.

We recognise the importance of preserving our cultural heritage – recognising the past, acting in the present and building a better future. Aboriginal people have lived on this land for 60,000 years. Their heritage includes stories, people, memories, events and traditions as well as landscapes and places that are of significance to our local community. There are many ways to explore Aboriginal culture and community within the Port Adelaide Enfield area.

The Kaurna Register is a list of identified Kaurna representatives, their contact detail and their Aboriginal services.

Please note: you will need to discuss fee for service with service provider.

Much of Port Adelaide's Aboriginal history has been lost, some literally buried during construction along the Port River. Lartelare, a park in the Port Waterfront development, seeks to reclaim that history through the stories passed by mother to daughter over four generations from Lartelare to Aunty Veronica Brodie - a rare unbroken link in Indigenous history. As a child Aunty Veronica would be taken to the riverbank site where Lartelare was born and Aunty Veronica's grandmother, Laura, would shake her fist at the family's dispossession. In 1995 the advent of Native Title rights and closure of the CSR Sugar Factory on the site gave Aunty Veronica the chance to reclaim her family's history. She lodged a formal claim that led finally to the creation of Lartelare in 2009. Designed through close consultation with the Brodie family and members of the local community, Lartelare tells vivid stories that resonate across time, place and people. Combining art, history, nature and play, the park aims to keep an important oral tradition alive to create new stories for new generations, and to recognise the birthplace of Lartelare as a significant site for her family, the Port Adelaide Aboriginal community, the Kaurna people and culturally and historically for all Australians. For more information please contact the Visitor Information Centre at 66 Commercial Rd, Port Adelaide. Click here for a location map of Lartelare.

The City of Port Adelaide Enfield holds a deep respect for the Aboriginal people in our community and their continued passion to educate us about their longstanding, sustainable culture and the traditions of learning and respect that will be important to our shared future. The Mudlangga to Yertabulti Track has been developed as a means of telling the stories of just some of the Aboriginal people who have had a long association with the area. By visiting the sites, reading the signs and studying the website and brochure you will gain a stronger understanding of the lives of Aboriginal people in both the recent and distant past

What is now Adelaide's metropolitan coastline plays a significant role in the creation story of the Kaurna (pronounced Gar-Na) people. The ancestor Tjilbruke carried the body of his slain nephew down the coast, from the place that is now Kingston Park, to the tip of the (Fleurieu) Peninsula. At each place where the grieving giant stopped to shed tears, a freshwater spring welled from the ground. Springs and other geological sites at Kingston Park, Hallett Cove, Christies Beach, Port Noarlunga, Port Willunga and further south are all linked by this great Dreaming legend. 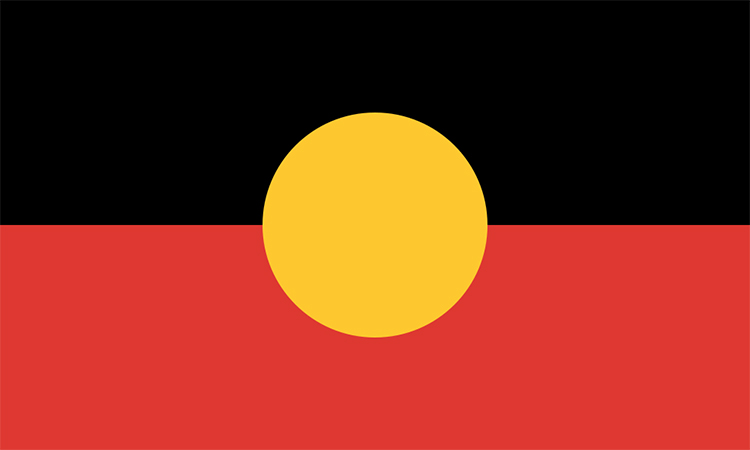 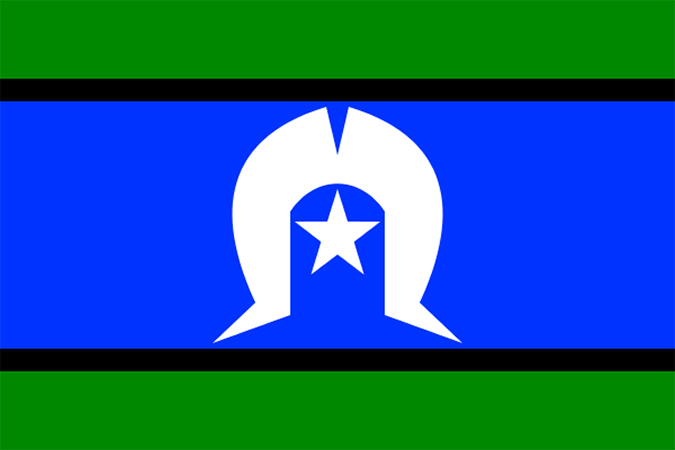 The Torres Strait Islander Flag is attributed to the late Bernard Namok of Thursday Island. The flag is emblazoned with a white Dari (headdress) which is a symbol of Torres Strait Islanders. The white five pointed star beneath it symbolises the five major island groups and the navigational importance of stars to these seafaring people. The green stripes represent the land, the black stripes represent the people, and the blue the sea. The flag as a whole symbolises the unity of all Torres Strait Islanders. The Federal Government initiated steps in 1994 to give the flag legal recognition. After a period of public consultation, the Government decided in July 1995 that the flag should be proclaimed a "Flag of Australia" under section 5 of the Flags Act 1953. The flag was so proclaimed by the Governor General of Australia, William Hayden, on 14 July 1995.